Once upon a time in what seems the distant past of 2019, life was great and photo opportunities were teeming at every corner. I had started the New Year with a trip to Wales (UK), spring in Utah & Idaho, then autumn in Virginia, Tennessee & North Carolina. 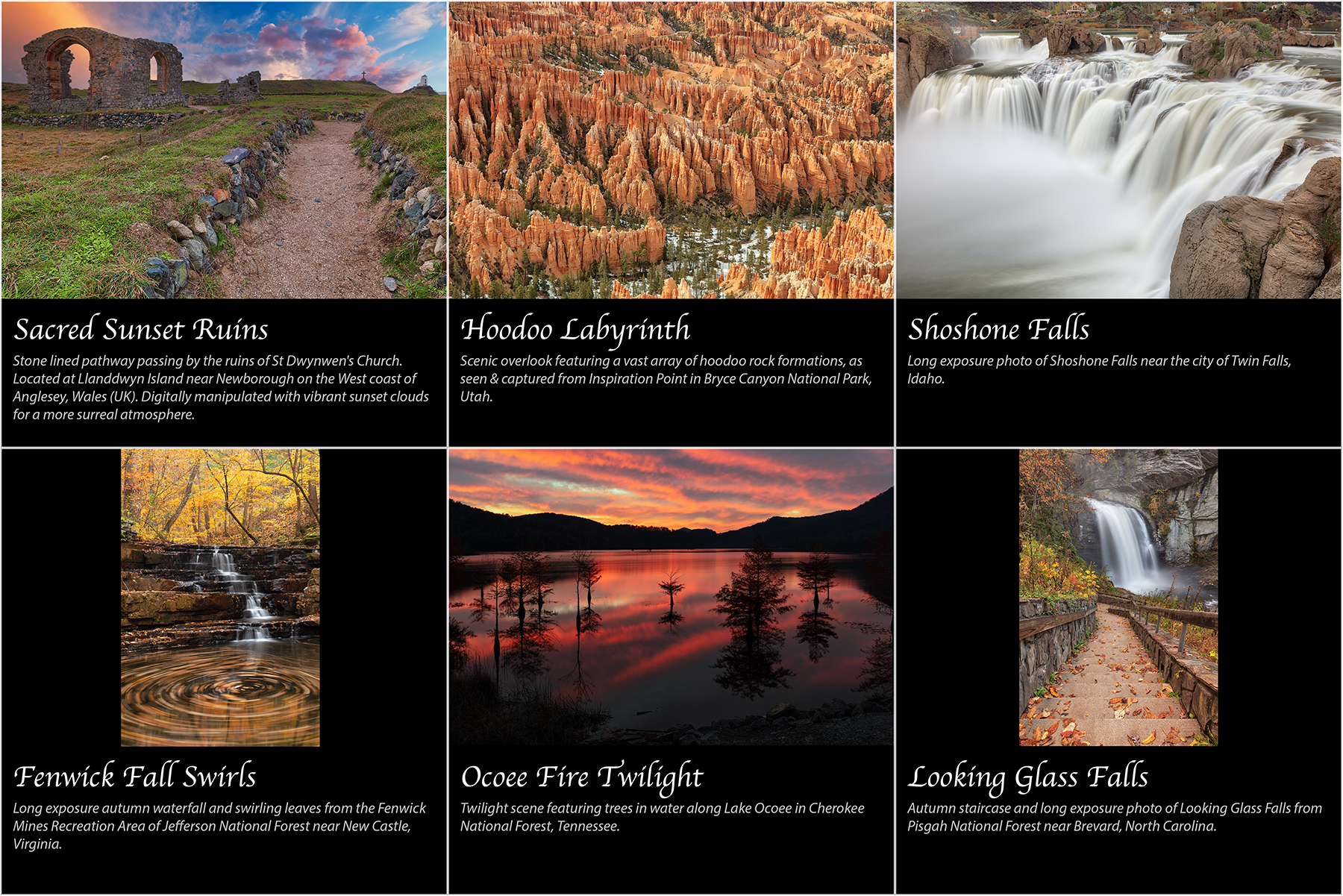 Fast forward a few months, news of a novel coronavirus started trickling in. Thinking at first it would subside with some isolated cases on the West coast, that it could be contained like previous outbreaks of SARS & Ebola. Recalling early conversations from when Covid19 was more of a whisper paling in comparison to the seasonal flu, only to be slapped with sobering reality almost one day to the next with infections spreading exponentially in New York City & the East Coast.

Lockdowns ensued, many schools and businesses shut down. Facing the developments with mixed feelings as an introvert able to cope with the imposed solitude, and the Canadian part of me used to hibernating (or "estivating") through the heat & humidity of summer. Yet I was saddened by the crushing human toll and a near complete lack of interaction with people who matter to me the most.

Enter autumn 2020, I was very eager to travel. Originally wanting to explore New England, but with all the Covid restrictions, I set on exploring the beautiful state of Pennsylvania almost exclusively. Starting around the Northeastern corner and Ricketts Glen State Park.

Ricketts Glen being very popular in autumn, especially this year for everyone with cabin fever. To the point of parking lots filling up quickly and closing by noon, and at first discouraging me from going there because I feared the crowds would put me at risk of infection on the trail. Nonetheless the autumn colors were coming along nicely, and for the price I paid in accommodations I wanted to make my trip worthwhile. Telling myself Ricketts Glen as a waterfall haven could not be ignored, and despite my night owl habits, I would make the effort to wake up early to hit the trail by sunrise.

Ricketts Glen was a lot less crowded in the early morning, so I made a list of specific waterfalls I wanted to photograph based on previous visits like Cayuga & Ganoga Falls as seen above. In the process realizing I was severely bent out of shape for all the steep steps, but still happy to venture out after many months of neglect. Wearing the mask on my face on narrow trails, but also wearing the mask under my chin and covering up as needed on wider / less traveled trails.

I also had the chance to squeeze into New York State a couple times right before Maryland residents were put under quarantine restrictions. Around Ithaca for a spectacular display of waterfalls & gorges carved out by ancient glaciers.

New York aside, I continued touring the many wonders of Pennsylvania, including places like Loyalsock State Forest, Quehanna Wild Area, Canoe Creek, and Ohiopyle State Park as pictured above. Most of which revolved around the great outdoors, but I was also pleasantly surprised with a place called Yellow Dog Village (in the greater Pittsburgh area) where I spent the better part of a day photographing inside abandoned houses.

Worth noting, the abandoned houses of Yellow Dog Village are located on private property. In October when I went, the owner did however welcome visitors for a price (varying by activity and time spent on site), and as long as he was contacted in advance. In fact he mentioned Yellow Dog Village was fairly popular with photo group tours, and eventually wanting to convert a house or two as rustic accommodations. So all fees collected definitely help him to preserve - hopefully even improve upon - this wonderful capsule frozen in time. If you are interested in visiting, feel free to check the Yellow Dog Village website at http://yellowdogvillage.com/ or email the owner at [email protected]

After Pennsylvania, I returned home for a few days of rest, then drove out towards the coast in November. Starting around Chesapeake Bay near the Blackwater National Wildlife Refuge. With land so incredibly flat I had to forget about waterfalls, yet finding a new sense of appreciation for other forms of waterscapes like lakes and wetlands. To be followed with a couple stops around Ocean City (Maryland) and Chincoteague (Virginia) along the Atlantic coast, but in an ironic twist, I often found myself focusing on subjects other than water like pathways and architecture. Not sure why exactly, except perhaps for wanting to introduce some more variety at the tail end of my trip.

Now back at home eager to process a never-ending backlog of photos, I would like to wish you all Happy Holidays, and renewed optimism into the New Year with vaccines on the way. Please stay safe in the meanwhile, especially if you have to travel.